Super Funds Have That Positive Feeling – Yet Again

The 2017/18 financial year turned out to be another excellent one for super funds and their members. The median growth fund finished the year up a very healthy 9.2% – a record-equalling ninth consecutive positive year and well ahead of the funds’ own performance targets. Hostplus took the top spot for the second year in a row, returning 12.5%. Every fund in our growth category easily bettered the rate of inflation, and even the lowest performer delivered a respectable 6.5%. Growth funds have a 61 to 80% allocation to growth assets and are the ones in which most Australians are invested.

Chant West senior investment manager, Mano Mohankumar says: “Growth funds have now delivered nine consecutive positive financial year returns, averaging about 9% a year. The only other time we’ve seen such a long sequence of positive returns was from 1992/93 to 2000/01. This year’s 9.2% is better than most experts, including ourselves, expected a year ago. It’s also well ahead of the typical long-term return objective for the growth category which is CPI + 3.5%. With inflation running at about 2%, that translates to a target of about 5.5%.

“Share markets have been remarkably resilient despite fears about a potential US-China trade war, political tension between North Korea and the US and continuing uncertainty about the pace and timing of interest rate increases. International shares rose 10.8% over the year in hedged terms and 15.4% unhedged, while Australian shares also had an excellent year, gaining 13.2%.

“While shares are still the main drivers of performance, major super funds are well diversified across a wide range of other sectors including unlisted assets. The better performing funds in 2017/18 were those that had higher allocations to listed shares and to unlisted assets – property, infrastructure and private equity. A lower exposure to traditional bonds and cash also greatly helped, given they were the worst performing sectors.”

Chart 1 shows the year’s top 10 performing growth options, all of which are not-for-profit funds. 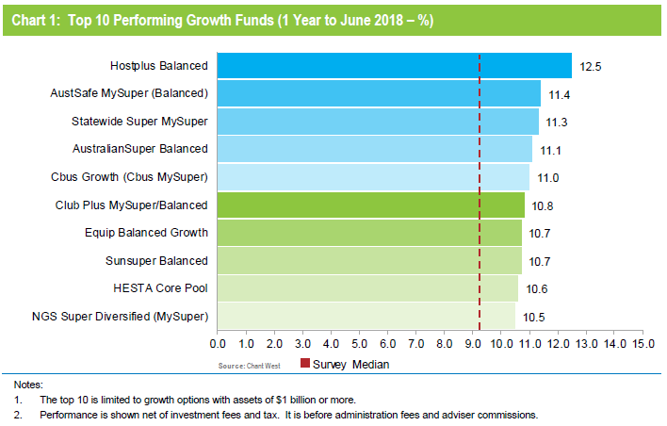 Table 1 compares the median performance for each fund category in Chant West’s Multi-Manager Survey, ranging from All Growth to Conservative. Over every period shown, all risk categories have met their typical long-term return objectives, which range from CPI + 2% for Conservative funds to CPI + 4.75% for All Growth.

Chart 2 shows the top 10 performing growth options over ten years. As has been the case for many years, the list is dominated by not-for-profit funds. 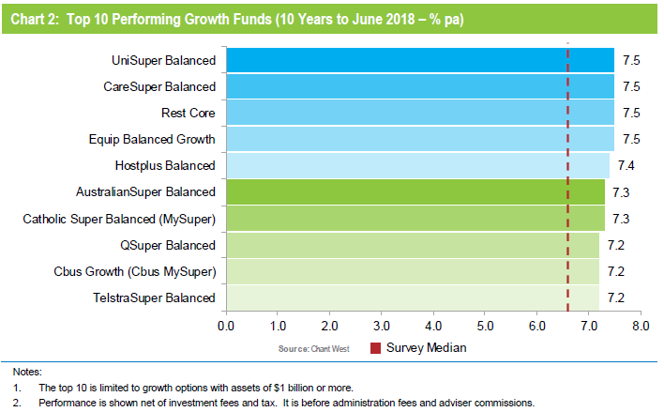 While 2017/18 was another excellent year, Mohankumar reminds fund members to think long term. “By all means look at what your fund delivered over the year, but it’s even more important to know what its long-term objectives are and whether it’s achieving them. Most growth funds aim to beat inflation by 3% to 4% a year. We now have data going back 26 years to July 1992, the start of compulsory super. Over that period, the annualised return is 8.3% and the annual CPI increase is 2.5%, giving a real return of 5.8% per annum – well above that 3% to 4% target.

“That’s borne out visually in Chart 3, which compares the growth category median with the average return objective of CPI plus 3.5% per annum over rolling five year periods – that’s after investment fees and tax. Until 2009, the median fund outperformed the target most of the time. The GFC brought that to an abrupt halt, and the median dipped below the target line for several years. Now, with the GFC period out of the calculation, the five year return has been tracking well above the target line for the past five years.” 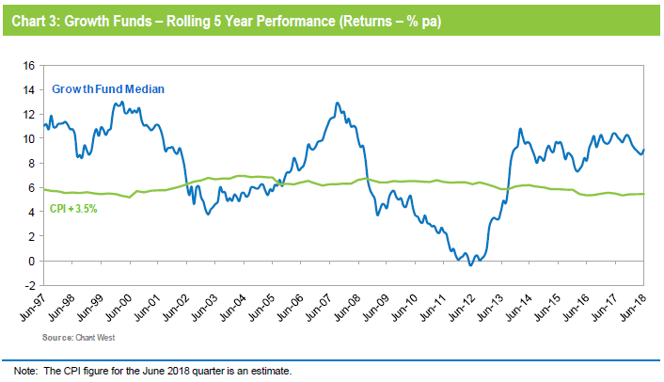 Mohankumar says: “Returns are important but so is risk, and most funds also set themselves a risk
objective. Risk is normally expressed as the chance of a negative return, and typically a growth fund would aim to post no more than one negative return in five years on average. Chart 4 plots the year by year performance of the median growth fund over the 26 financial years since the introduction of compulsory super. The objective would be no more than five negative years in that time, and in fact there have been only three so the risk objective has been met as well as the performance objective.

“Over the longest period we can measure Australia’s major super funds have delivered on their promises to members, growing their wealth in real terms while protecting them from undue risk. That’s an achievement the funds should be proud of, and they should be making sure their members are aware of it, too.” 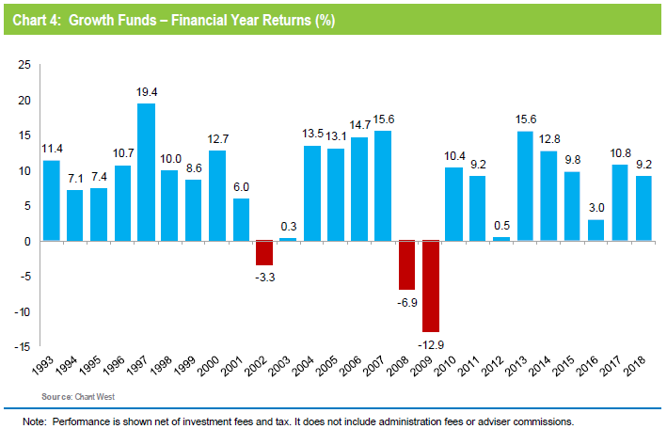 While there are differences between funds’ investment strategies, even within the same risk category, most of their performance is driven by what happens in the major investment markets. For growth funds, that is primarily the Australian and international share markets, because those are the sectors where they allocate most of their money.

Table 2 shows the performance of all the main asset sectors over different time periods to the end of June 2018. We have used market indices for all sectors other than private equity and infrastructure. For those sectors, for which no indices exist, we have used the returns of a major fund in our survey that are representative of those markets. 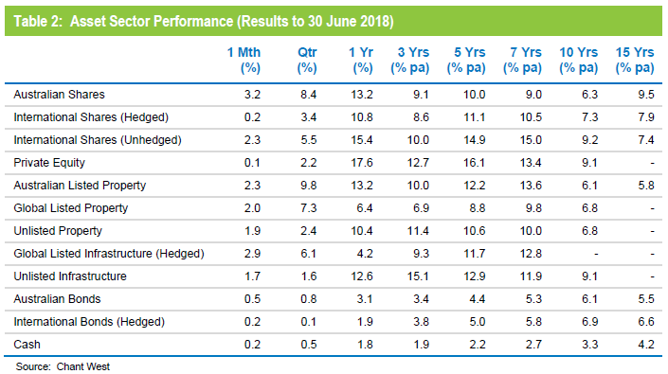 The key points to note for the 2018 financial year are:

Industry funds outperformed retail funds over the year, returning 10.3% versus 9%. Industry funds also retained their advantage over the medium and longer term, ahead by between 0.6% and 1.6% per annum, as shown in Table 3.

Mohankumar says: “Over the longer term industry funds, as a group, have outperformed retail funds largely because of the way they have allocated their investments and their preparedness to vary those allocations to suit changing market conditions.

“Specifically, they have always tended to have higher allocations to unlisted assets such as private equity, unlisted property and unlisted infrastructure (currently 21% versus 5%), which have performed well for them. This means they have less invested in traditional asset classes such as listed shares, REITs and bonds. Those allocations to unlisted assets have meant slightly higher investment costs, but those extra costs have been more than justified by the better performance and lower volatility.

“Historically, industry funds have also been more prepared to shift away from their longer-term target asset allocations to take advantage of mispricing or to preserve capital, and those medium-term shifts have had a positive effect on their performance.”